Menu
Scroll Down
Back to home 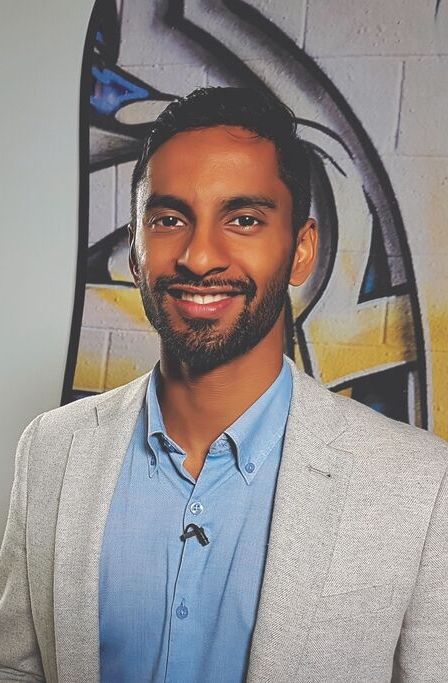 "On the first day of the postgraduate teaching course at Cambridge we were asked to come up with nicknames for each other. Mine was Bobby Energy. At school I was sometimes called Tigger after the bouncy tiger in Winnie-the-Pooh. I’ve got so much to do and not enough time. I survive with a nap on Sundays. I put some music on – Aled Jones or Jamie Cullum – and fall asleep for an hour or so.

"I’ve always been someone who absorbs information. I’m the second of four brothers, and each Saturday we’d go to East Ham Library and lie on the floor for hours reading books. There were loads of books at home too – on every kind of topic. I’d read bits almost at random. Little did I know that it would one day come in useful to know the name of the French tennis player known as the Crocodile.

"Yes, my name is pretty unusual. My dad was very taken by the book Jonathan Livingstone Seagull – it came out in the 1970s and had a big following. My mum wanted Seagull to be a middle name, rather than our surname but he got his way. Two of us are Seagull and two of us are Seagull Jose. The dinner ladies at school knew me right away.

"All of us have Jay as a first name. It’s a south Indian tradition of sorts to share the same first name and to be known by your middle name. My parents came to the UK from Kerala in India which has historic links with Portugal. That’s why my dad’s surname is Jose. He’s an entrepreneur at heart who’s full of ideas and always starting new projects. He made us believe we could do anything.

"At primary school I was mad about football – and numbers. I managed to combine them by creating Excel spreadsheets that captured information about dozens of players. I could then work out which players should be on which team.

"The decision to make a career change into teaching came when I was working for PricewaterhouseCoopers. After my time in banking, I qualified as an accountant at PwC. I was given the job of training their new graduates and I enjoyed it so much I decided to apply to do a PGCE. Two of my brothers had been at Cambridge – one at Trinity and one at St Catharine’s – and the third one at St Peter’s, Oxford. I decided on Cambridge.

"I did my teaching practice in state schools in London and Cambridge. I’m now teaching part time maths in Newham in east London as well as doing my Doctorate in Maths Education at Cambridge. I’m especially enjoying teaching the younger groups – they’re really alive to ideas."

UNIVERSITY Challenge fans will hopefully remember my appearances on the 2016-17 series!

I was the team captain for Emmanuel College, Cambridge University.

After four victories, we made it all the way to the semi-final of the contest in April 2017 – but were defeated by a team from Wolfson College, Cambridge, captained by the incredibly knowledgeable Canadian Eric Monkman.

While my team may have lost to Eric’s Wolfson, we’re close friends in real life.